For those of you planning your Walt Disney World vacation during the holiday season, you’re in luck! You can purchase tickets for Mickey’s Very Merry Christmas Party. Ticket sales typically open during mid April for this popular holiday event that starts in November. The Christmas party runs through the weeks leading up to Christmas on select nights.

If you are vacationing in Walt Disney World during this time, the Christmas party is a great way to splurge on an extra special experience. Mickey’s Very Merry Christmas Party lasts from 7:00 pm to midnight and if you’re visiting the event for the first time, I’ve got some great tips for making the most of it! It’s great to research the event before attending because guests can purchase tickets in advance and save $10 (compared to buying the ticket the day of the event).

Mickey’s Very Merry Christmas Party tickets start at $99 per person and go up to $139 per person. Prices for kids 9 and under will range from $94 to $134. Children 3 and under do not need a ticket. The dates of the party are on select nights from November 8 to December 22. In November, there is not much of a pattern.

The week of 11/10/19 has Mickey’s Very Merry Christmas Party on Monday, Tuesday, Thursday and Friday. The following Week will have parties on Sunday 11/17, Tuesday, Thursday and Friday. Each of the Friday night parties are priced $10 higher than the others, and the final party in November is Sunday 11/24, with a price increase up to $115 per adult and $110 per child.

December is much more straightforward. The parties start on 12/01 and end on 12/22 and will occur on every Sunday, Tuesday, Thursday and Friday until that final Sunday leading into Christmas week. The pricing in December is inconsistent though, fluctuating between $109 and $115 throughout the mont, until Thursday 12/19, when the ticket price leaps to $129. Then Friday 12/20 and Sunday 12/22, the price jumps again to $139 per adult and $135 per child. More on those fluctuating prices in the strategy guide below.

What to Do at Mickey’s Very Merry Christmas Party

Nothing has been announced yet about any attraction overlays for the Christmas Party, but most of Magic Kingdom’s attractions will be open and the lines will be very short for the event. It’s a great way to experience the parks attractions without waiting in long lines. If you’ve got young kids who have a hard time with long queues, this is a great option!

There are plenty of popular and less popular characters to meet with. There’s no telling if things will be a little bit different this year in light of the Mickey Mouse celebration, but historically The Seven Dwarfs, The Country Bears, Jack Skellington and Santa Claus have been among the characters to attend the party. Some of the princesses will wear their holiday apparel as well. Definitely grab an event guide upon entering the park to locate where the characters will be during the party.

The popular Once Upon a Christmastime Parade is exclusive to Mickey’s Very Merry Christmas Party until the week of Christmas when it becomes a regular park parade. Guests line the parade route early to grab a viewing spot. Santa Claus is part of the parade and it even snows on Main Street! It’s a magical parade and many Disney experts agree that it’s their best parade. They offer two parades each night.

Special Shows During The Party

There are several shows and dance parties for this major Magic Kingdom event! Mickey’s Most Merriest Celebration kicks off the night, followed by entertainment all over the park. There is a Frozen castle lighting ceremony, Holiday Fireworks and two Tomorrowland events: Club Tinsel at Cosmic Ray’s and a Totally Tomorrowland Christmas.

Finally, you have to experience the magic of snowfall over Main Street. The flawlessly formulated “Snoap” has just the right look as it fans and then disappears after about 30 seconds without leaving any soapy build up on the floor, or on your clothes.

There are so many treats at Magic Kingdom for Christmastime. The Magic Kingdom is full of returning favorites and new surprises in quick service restaurants across the park. Guests love that there are free refreshments as part of the party – you have to take advantage of that! What started out as cookies and hot cocoa has become a series of pairings with a sweet treat and some sort of beverage. You can go to any of these locations as many times as you want. All of the locations are located on the event guide.

The Main Street Bakery is also stocked with plenty of holiday treats for the season that you can purchase or use your Disney Dining Plan. Each year they offer new and adorable treats that are popular on Instagram. Look at quick service restaurants throughout the park for special holiday treats.

Each year, Disney Parks releases special holiday merchandise. If you’d like something to commemorate your party experience, I suggest checking out The Emporium on Main Street. Each guest can score a FREE Sorcerer’s of the Kingdom holiday card at the party – just head to the fire department to grab yours. You can play the game or just keep it as a commemorative item.

One of the best ways to have a successful night is to purchase your tickets for dates that will have the lowest attendance. Traditionally, those dates are the earliest ones and the crowd levels build as Christmas Day approaches. However, Christmas Day isn’t even one of the party dates; and since Christmas decorations in most cases can hardly wait for Halloween to be done with, it really doesn’t matter one iota when you actually go to experience this party.

The best indication that attendance will be relatively low is the price per ticket. Those nights with the lower ticket cost are the nights that Disney predicts will have a lower turnout. The cheapest nights in December to do Mickey’s Very Merry Christmas Party are Tuesday (12/3) and Thursday (12/5); then Sunday, Tuesday and Thursday (12/8, 12/10, 12/12); and Sunday (12/15).

Aside from picking a date with fewer crowds, another pro tip is to show up early. Don’t spend a whole day in the park, because you will likely be too tired to appreciate the late night party after a full day of walking and standing in line. You can show up early though. Party guests are admitted into the park as much as three hours before the official start time of the event. This gives you some bonus time in the park to use a few Fastpasses before they are disabled for the party. Sometimes, DVC Members are allowed even earlier as well.

Part of the fun of  Mickey’s Very Merry Christmas Party is the limited crowds, but the party is very popular, so here are a couple of tips for getting the most out of your time. First of all, do not see the first Once Upon a Christmastime Parade, or the first Mickey’s Most Merriest Celebration. Everybody gathers on the parade route and in front of the castle for these first performances, which means you are free to walk-on many attractions in the meantime. Then see the next showings, when you will have a much better shot at a good viewing location.

Secondly, if you are interested in meeting the characters, Jack Skellington is one of the most popular locations and you will want to find him first, before the line builds up. If you want to meet Santa Claus, you can see him in Town Square as you make your way out of the park. 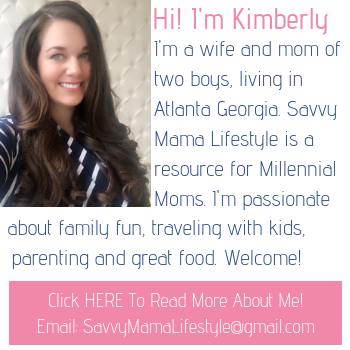