Special thank you to Disney for inviting me to preview Mary Poppins Returns. All opinions are my own. PHOTOS ©Disney2018

Adults always forget, but sometimes you just need a break during the holidays. Take a trip down Cherry Tree Lane and catch up with the Banks family in Mary Poppins Returns. It’s a film unlike any others that we’ve seen from Disney in recent years and one that I immediately wanted to see again after leaving the theater.

The Story and Characters

While many traditionalists took to social media to express their concern about a new actress playing Mary Poppins, I can assure you that Emily Blunt was born to play her. Her on-screen charisma shines next to supporting actor Lin-Manuel Miranda. Everything you loved about Mary Poppins exists in this sequel. The storyline continues with the next generation of the Banks family. When they’re down on their luck, our favorite nanny arrives to assist the family.

The film gave me #AllTheFeels – from happy and joyful to a few tears. There wasn’t a point in the storyline that lagged. Our theater even clapped mid-movie for several scenes.

A Return To Musical Theater

What makes this film a fresh departure from what we’ve seen recently is the music and dancing. Lin-Manuel Miranda and Emily Blunt are an amazing duo that I never knew would be so dynamic. Kudos to the casting director because they’re fantastic.

I can’t imagine the hours of rehearsal that went into the making of this Rob Marshall movie. The dance scenes put a smile on my face and the music was catchy. Although I missed some of the songs from the original 1964 Mary Poppins, there was a nod to the classics throughout the film. I’m definitely planning to purchase the Mary Poppins Returns soundtrack – they’re going to be Disney songs we cherish for years to come.

The Costumes and Visual Art

I’m such a sucker for great costumes. I guarantee you’ll want to Disney Bound as Mary Poppins for your next parks vacation. She wears phenomenal outfits that are filled with details that match her character down to each bow tie.

Just like the first Mary Poppins film, there is a scene where they visit a 2D animated world. It’s visually stunning to the animated colors against the actors. Pay attention to the costumes that Mary Poppins and Jack wear during that scene – they’re beautiful.

There is nothing questionable about Mary Poppins Returns – everything is appropriate for the family. However, I don’t think it will hold the attention of young audience members. Grade school age and up can enjoy what the movie offers.

There were many kids in the theater with parents. The generation that will enjoy the movie most are the ones who can appreciate the 1964 Mary Poppins. It’s a great excuse to introduce your kids to the original before hitting the theater (I DO hope Disney eventually sells both movies together in a neat collector’s edition bundle).

One of the film’s messages that I loved was the idea that loved ones are still with us after passing. You can still feel a loved around in your surroundings, even if you aren’t with them. I loved how they break down the concept in a way that kids can understand.

In Disney’s MARY POPPINS RETURNS, an all-new original musical and sequel, Mary Poppins is back to help the next generation of the Banks family find the joy and wonder missing in their lives following a personal loss. Emily Blunt stars as the practically-perfect nanny with unique magical skills who can turn any ordinary task into an unforgettable, fantastic adventure and Lin-Manuel Miranda plays her friend Jack, an optimistic street lamplighter who helps bring light—and life—to the streets of London.

MARY POPPINS RETURNS is directed by Rob Marshall. The screenplay is by David Magee and the screen story is by Magee & Rob Marshall & John DeLuca based upon the Mary Poppins Stories by PL Travers. The producers are John DeLuca, p.g.a., Rob Marshall, p.g.a. and Marc Platt, p.g.a. with Callum McDougall serving as executive producer. The music score is by Marc Shaiman and the film features all new original songs with music by Shaiman and lyrics by Scott Wittman and Shaiman.

This site uses Akismet to reduce spam. Learn how your comment data is processed. 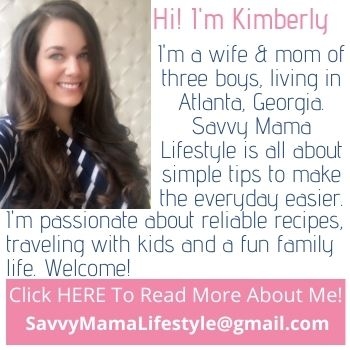